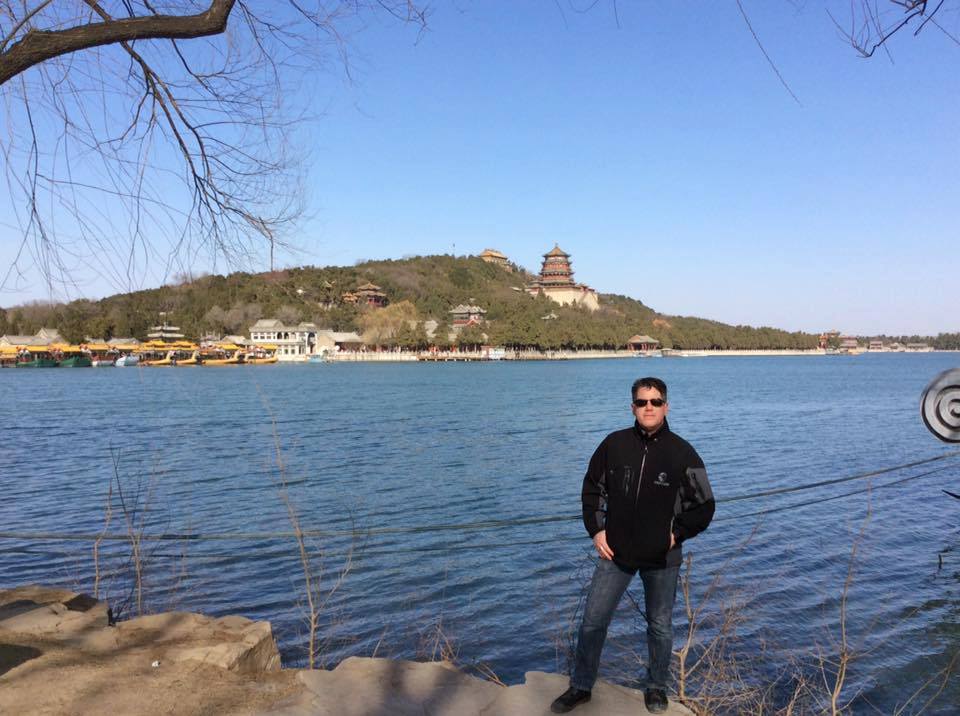 is the VP of InfoSec at SphereNY ... He is also DEF CON Groups Global Ambassador. Jayson battled a dragon during the Fire Run in Barcelona Spain. He 'accidentally' broke into a shark tank in the Dominican Republic and climbed the pyramid of Giza (until the guards carrying AK-47s expressed their displeasure).Though he has only been actually shot at once decades ago (they missed). He consulted with the Secret Service in 2007 on the WIFI security of the White House, and has had tea with a Lebanese General in Beirut.

Jayson has lived in the town of Mont Saint-Michel (for a few days at least) a dream since childhood! A week spent living in a Beijing Hutong was also a wonderful and unexpected experience. He has been to several 'Wonders of the world' like Stonehenge, Pyramids of Giza, The Taj Mahal, Eiffel Tower, The Great Wall of China, Old Jerusalem city, The Dead Sea, Mt. Rushmore, etc... The greatest wonders though are usually found randomly wandering through whatever city he finds himself in. Jayson was on the David Letterman show (seriously) though he is still waiting for Stephen Colbert to have him on his show!

Jayson is only one degree away from Kevin Bacon after awkward hugging Oliver Stone and Jimmy Fallon. Jayson like everyone else in the world was born a Hacker. He unlike most was able to hold onto that childlike curiosity which is basically all that makes one a Hacker. He started in security and law enforcement over 30 years ago and has always striven to make things more secure. Jayson has been in the Information Security industry for over 20 years, and once broke into a high scale hotel in the South of France - barefoot - wearing Teenage Mutant Ninja Turtles pajamas. He was also noted as the best janitor of all McDonald's in the South East Texas region for 2 consecutive years in a row. Although Jayson has been hit by five cars while on foot. Three were even on accident (The last one occuring in Saudia Arabia). Jayson went crocodile diving while in South Africa (He was the only one stupid enough to get in the water though) His Sky diving and Great White Shark diving adventures there went better. He did climb Dunn's River Falls in Jamaica with a broken arm (for 7 seconds then fell though he came back and climbed it 1 1/2 times just to redeem himself). He was Time Magazine's person of the year for 2006 and lived behind a dumpster for a summer when he was sixteen. Jayson was struck by lightning while fueling a plane once in his 20's but still has not won the lottery. Within two weeks, he was able to awkward hug the head of the N.S.A. in Vegas and two Chinese soldiers on the Great Wall of China. He also had the distinct pleasure of hugging a Terra Cotta Warrior while he was in Xian. Diet Pepsi while his favorite beverage it's byproduct almost killed him on a cliff in Bulgaria and contributed to him accidentally robbing the wrong bank while in Beirut! Jayson has had pizza on the Nile River in Egypt, within view of the Eiffel Tower in France, near the Forbidden City in Beijing and on the coast in Brazil.

Jayson has conducted successful social engineering engagements around the world from Jordan to Jamaica. Jayson has visited over 50 countries in 10 years. In all that time he has never met a person who was foreign to him! He survived cancer, stepping on Vlad the Impaler's grave, extreme falls, car accidents, two house fires and Twitter drama. He prides himself in the work he did for a national financial institution as their resident hacker and the designer of their network defenses. Jayson row row rowed his boat around a lake inside of a salt mine outside of Cluj Napoca Romania and took an underground river cruise in the caverns of Beirut Lebanon. His coolest commute was a high speed helicopter that he took from Macau to Hong Kong (though the rides he took over Oʻahu & South Africa were more scenic). His most unique mode of transportation however was driving a tank in Riyadh in the Kingdom of Saudia Arabia. He has also surfed the dunes in Dubai on a quad-bike & sailed over them in a hot air balloon both were amazing! Jayson also spent a day underneath Moscow and marveling at the beauty of their subway stations. He experienced the joy of Carnival by being in the parade while visiting the Canary Islands. Jayson swam with dolphins in Singapore and sea turtles in the Maldives & Hawaii. Jayson also is among the very few humans on the planet who has reached depths of over 100 feet underwater (the submarine he was on helped). He was mooned by a whale off the coast of Sitka. He also was able to watch a glacier move on the same cruise! Jayson almost made it all the way into the Pentagon but his would be escort Googled his name at the last minute! His hobby of flying drones (mostly in 'interesting' areas) while a new hobby has already almost killed him when he hiked into an active volcano in the Philippines! In his defense though the footage was amazing! He has been sword fighting since the age of seven and has an extensive collection of swords from all over the world.

He was asked to give his DEFCON 19 speech at an undisclosed government agency's headquarters (After smuggling in all the items that make the arsenal of his Vest of D00M, Jayson was then asked never to return). Though he resoundingly won an impromptu roast battle with a poorly prepared FBI Agent in Memphis! Jayson once was falsely accused of possibly ruining the ruins in Cambodia! He argued the point (and got down from where he was). He once drove on an active runway in his mustang convertible while trying to gain entry to a private airport hangar (he left via a different route). Jayson never finished High School but does have his GED. His first book is used as course material at 5 colleges in four countries (that he knows of), and he has spoken at numerous universities in the US and gave an eight-hour lecture at the Beijing Institute of Technology in 2014 where he was a guest lecturer for 10 years. He is also playing No Man's Sky where he creates stories based off the bases he guilds. Outside of standardized education, Jayson has spoken for over a decade at DEF CON, at the first six DerbyCons and at many other Cons (Nuit Du Hack, IT-Defense, SYSCAN360, PH-Neutral, etc....) around the world. He has been quoted in The Rolling Stone Magazine, The Economist, Forbes and The Daily Oklahoman. He's been interviewed on numerous television shows regarding security related topics. He also filmed a pilot for a TV show featuring hackers in a positive light (it never aired). Though his documentary on NatGeo turned out okay. He has held, or is currently holding, many industry certs such as CISSP, GSEC, GCIH, GCFA, IAM, IEM, Security+, CEH, etc.

Please note that none of these statements are false!

His life story can be found on Google under "Jayson E. Street"